12 Reasons Why You Should Vape Unflavoured EJuice

The news lately has been full of negative commentary on vaping.  it's difficult when you're somebody who has benefited greatly from using vaping to quit cigarettes, to listen to so many people who have no idea, come out with such negative opinions on vaping. It's easy for people who have never smoked and never tried to quit, to say, that vaping is the worst thing in the world but for those of us who have battled with nicotine addiction and have finally been able to kick it and see that it’s possible to live a healthier life.


There has been a lot of discussion around flavour bans and although it is true that having a healthy variety of flavours can entice current smokers to switch there are some benefits to vaping unflavoured juice and we will discuss 12 of them below.

Ya know your friendly vape manufacturer that has gone to some serious lengths to make sure your juice is tip top shape…. Well it might be worth leaving the manufacturing to them. Don’t forget your inhaling this stuff so it’s really important to make sure there is no contaminants in it - also when you buy the raw material online you don’t know much about where it has come from. Know Exactly what your vaping

Vape juice is made up of four main components Proplylene Glycol, Vegetable Glycerin, Nicotine and flavourings.

=> Have you read: Does vape juice have calories? The problem with flavourings is that you never really know what you're getting.  There are thousands of different flavours available on the market today and each of those flavours are made up of a number of different flavour profiles.  The flavouring in some vape juice can be made up of 20 different flavour profiles. Sure this makes for a really tasty juice but the downside is that rather than having four main ingredients you can have up to 20 or 30 ingredients.  The majority of companies now in Australia make sure to only include diacetyl-free flavourings but there is some comfort in knowing exactly what is in your vape juice.


Currently there are no regulations around the labelling of eJuice and so when you look at the ingredients it simply states flavourings or natural flavourings rather than a comprehensive breakdown of the flavour profiles within the juice. For many companies this is their ‘’secret sauce’’ and so do not want to have it advertised on the side of their bottles.

They Can Never Take Your Flavourless Juice!!

The unfortunate reality is that it is possible for governments to regulate and ban flavours. This might mean that your favourite Bubblegum cherry vape juice is no longer available.  I know everybody hopes that this doesn't happen but it is possible and maybe it is time to consider going unflavoured. This way you can be sure that it will always be available and you won't be missing out on anything.

Be a Stealth Vape Ninja!

Yes,  you may have perfected the ‘’stealth vape’’…. Take a big vape…... hold it…..and slowly breathe out hoping that a big cloud doesn't follow…..  We’ve been there too. Even if you have managed to perfect the stealth vape there is still the possibility of getting caught by those around you because of the sweet scent emanating from you.  This won’t be a problem with flavourless vape juice because it has no taste and no scent so you can stealth vape wherever whenever you like without the fear of getting caught.

You know when you leave your vape juice sitting around for a little bit too long and e-liquid turns dark Brown. That is when the components in your vape juice become oxidized and start to take on a deep colour.  This is something you want to see when steeping juice but isn't very pleasant when you just happened to forget that juice was behind the couch. Wouldn't it be nice to pick up a bottle of juice that's 6 months old and for it to be as the day you bought it!  Unflavoured juice will do just that and heck you might even be able to save a few extra dollas Let's face it, you always somehow managed to get juice on your hands in your car on your couch.  Even after refilling your babe 100 times with one hand while driving…. it still manages to go everywhere.  It's sticky and unpleasant and there's nothing worse than having a stain on your lounge or your clothes because you really like to vape cherry cola juice.  Unflavoured juice doesn't have any colour and therefore won’t stain your favourite sweater. My Coil has lasted 6 MONTHS!


It's been known for a long time that some flavours will cause your coil to become gunked up and useless quicker than you like. Some of the best flavours taste great but mean that you only might get a week out of your coil and so you have to re wick or else put in a new pod. Is unflavoured vape juice better for you? Yes, Of course! Because unflavoured juice doesn't have any of the sugary components that you have another flavours which reduce the life of your coil you can make you a coil last for as long as possible. Don’t Diss It Till Ya Tried It

Don't think that because it's unflavoured it's boring unflavoured vape juice is surprisingly refreshing.  There are lots of people who have only ever vaped unflavoured juice and would never look back. Think about the days when you would only smoke cigarettes and the idea of smoking Apple or Blackberry was almost unimaginable. Well it's similar now you've become used to your favourite juice flavour and can't imagine anything else but maybe it's time to think again - just like you did when you gave up the cigarettes.

Hey Bro, You Got Some Juice I Can Borrow?


There is no worse feeling than running out of juice! But every once in a while we run out of juice and we were so thankful when a friend comes up with the goods. Only problem is if they're vaping e juice that you don't like the flavour of….your stuck. The great thing about unflavoured juice is that everybody likes it….  so you can be the friend who always comes up with the goods. Somebody Please Think of the Children!


There has been so much discussion about kids and vaping.  flavours on the market today like Bubblegum and cotton candy for sure have a certain attraction with young people.  a lot of parents today feel that it is perfectly acceptable to vape indoors. it is true that there is no evidence to suggest that second hand vaping is in anyway bad for children but have you thought about how the child reacts when they smell a sweet and tasty cloud.  it this was never the case with cigarettes what is this was never the case with cigarettes what is unfortunately a consideration with vapin a consideration with vaping.


Ok we're not going to pretend that the flavour component of your vape juice is the cause of global warming or climate change.  But do spare a thought for the plastic bottle that the favorite flavour components must be stored in, the transport for those flavours to get into the manufacture and all of the processing involved in creating the vape flavours. in a world where were trying to cut back in any small way that we can, maybe this is another reason to think about Unflavoured juice? It’s all about giving up cigarettes….right?


Finally, let's not forget what this is all about. Vaping is primarily designed and promoted to get people off cigarettes.  Flavours are good to entice smokers onto vaping with something that is more enjoyable but if you're someone who has been vaping for some time and doesn't need anymore convincing maybe it is time to look at some unflavoured juice. 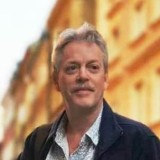 I recently received a bottle of their unflavoured to try, a 3 mg 50/50 blend of PG-VG. I’ve long felt that more suppliers should offer this as an option, either for the purpose of adding your own flavour/s-AKA DIY, or for the enjoyment of a simple yet satisfying vape.

Although there’s a lot of focus placed on flavoured e-liquids, there’s something to be said about this blend, and ample justification for trying it; especially those interested in quitting smoking, those who wish to explore DIY, or those who enjoy or are looking for a more neutral plain flavour, along with that welcomed nicotine hit.

The 3 mg option is sufficient for satisfying my cravings, but a higher level of nicotine may be needed for those in the process of quitting smoking. This is particularly true if one is using a low wattage or entry-level device.

I’m actually quite impressed with what’s been done here, as this is a great unflavoured juice. I rarely do reviews or give my thoughts on e-liquids as they’re so subjective, but in this case, it reminded me just how important unflavoured can be.

This is a very nice clean e-liquid that will satisfy most looking to get off the ciggies, or for those looking for a more basic yet smooth smoking like experience. The bottles and labels are top-notch too.

Thank you for offering this option, you have a winner on your hands!

Why Does My Vape Juice Have No Flavor?

Why does my vape juice have no flavor? And what do you need to do to bring the taste back? This article will explain the basic reasons and how you can easily fix this problem.
Read More

Why Is My Vape Leaking Into My Mouth?

Is your vape juice leak into your mouth? That's not great at all. Let Ecigoz explain why this is happening and how to remedy it.
Read More

When the vape flavour starts to taste bad?

It is an uneasy feeling when we notice the change in our favourite flavours when vaping. So, what are the causes and how to fix them? Find the answer here!