Is Vaping Bad For You? What is the Truth...

Simple question Right– depending on who you ask you either get a great big YES or indeed the line‘’Vaping is worse than smoking’’. Who to believe?

In this article we will exam some of the arguments from both sides and put some‘’meat on the bones’’ so you can draw your own conclusions.

Let’s exam both activities in a little more detail:

Smoking cigarettes involves burning of tobacco and the inhalation of the smoke produced during combustion. Combustion is a really important word here because this is where cigarette smoking differs from vaping. When something‘’Combusts’’ you are using heat to change the chemical composition of that substance to something entirely different. During this process thousands of chemical (around 20,000) are released. In cigarettes these include a whole range of nasties, many of which are carcinogenic (Cause cancer) and should be avoided let alone inhaled. 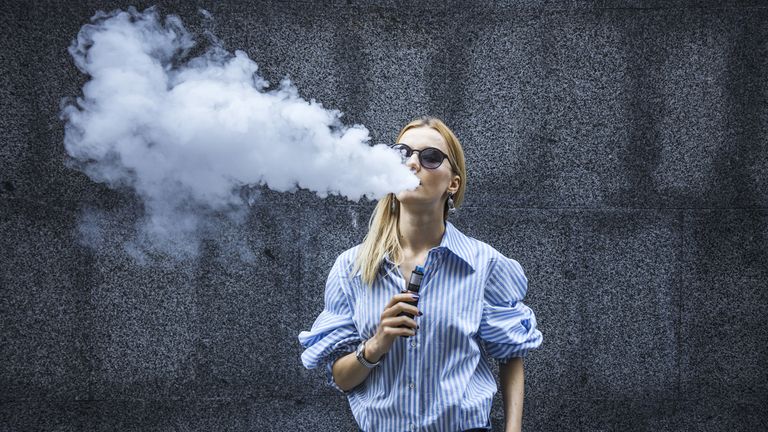 Vaping on the other hand does not cause combustion; rather the vape juice is heated and vaporises. This does not result in the creation of any new compounds. All additives that are in vape juice are food or pharmaceutical grade and therefore safe for human consumption.

Ok…Simple right? Not so much. Unfortunately the debate around vaping has gone much further than simply the science. Like many discussion in today’s world it has been marred by misconception, pre conceived notions and tainted by the legacy big tobacco has left behind on the public consciousness.

What makes this complicated?

The behaviour of Big Tobacco in the 60’s and 70’s has not only roused anger and frustration in the public but also made for some great TV Shows (Mad Men). We’re all partially aware of the lies told by the companies executives during that period.

It can be difficult to look at what appears to be 2 separate subjects and identify a strong connection brewing beneath. Could you blame people for looking at vaping and seeing new nicotine products, hell bent on capturing the market with their new shiny products… Another ploy by big tobacco to pull the wool over everyone’s eyes… Governments are pushing back therefore they need to come up with something new which is probably worse.

This sentiment is well founded and understandable. It’s a visceral reaction to something that should be looked at through the long lens of science.

The fact is that cigarette smoking is thegreatest cause of preventable death worldwide and that the number of smokers today remains unchanged in Australia since 2004, Approximately 15% of the country’s population.
=> You must read: The effortless way to change the vape wool

Is Vaping Safer Than Smoking? This is really the questions that should be asked when we discuss vaping and its impact to health. Its very important to make a distinction between vaping as an aid to quit cigarette smoking and vaping as some kind of pastime or recreational activity– when we ask this we must view it from a different perspective.

A good place to start when attempting to ask this question is what do the various governments say about vaping. Let’s take two interesting examples. You might say both governments sit on either end of the argument– Australia and United Kingdom.

The fact that these two countries’ are selected as examples is interesting as Australia and the United Kingdom are generally in agreement with most things but when we talk about vaping; Australia has taken a very strong stand, banning the sale of nicotine and limiting the sale of vape juice and vaping devices whereas the United Kingdom has gone so far as to advice smoking cessation councillors in the NHS to promote vaping as a serious alternative to smokers trying to quit.

In the UK, both Public Health England and the Royal College of Physicians agree that vaping is at least 95% safer than smoking.

So why are both countries taking such a different view on this topic? This is hard to answer and nobody can say for sure. Each year in Australia the tax revenue from cigarette smoking tops $9 Billion which is no small sum however the same is true of the UK.

The vast concencus between government bodies and scientist is that vaping is at least 95% safer than cigarette smoking.

There have been other concerns raised but governments around youth vaping and this increasing the number of people with nicotine addiction. There has been little evidence to back these claims up. Research in countries that have encourage the use of vaping have seen a reduction in the number of smokers.

Is There Formaldehyde In E-Cig Vapor?

Researchers have been known to use e-cigarettes in unrealistic ways to cause a specific result. For example, a 2015 New England Journal of Medicine article declared that electronic cigarettes produce formaldehyde which is toxic. This was headline news and shared widely on social media - A closer look at the same study and you will see that the researchers had set the e-cigarette voltage to a level that would not have been useable by anybody. However they collected their data and reported it.

Greg Gutfeld from Fox News humorously weighed in on the New England Journal of Medicine report with a comparison. Gutfeld said that“This e-cig study’s assertion is like saying driving a car is deadly if you floor it in reverse on a narrow cliff while doing Jell-O shots in your underwear.

The fact here is that any product can be dangerous if the person partaking acts in a reckless manner. When using a vaping device ensure you follow the manufacturer guidelines and use quality vaping products.

Pros and Cons of Vaping

Let’s take an honest look at the pros and cons of vaping. At ECigOz we are passionate about the benefits vaping. We have witnessed first hand how it can be used as a powerful tool for quitting cigarettes.

Is Vaping Without Nicotine Bad For You?

In 1984, Franz Adlkofer wrote a paper titles‘’smoking for nicotine, dying from tar’’. This paper outlined that cigarette smokers were addicted nicotine and continued smoking for this but the primary cause of death was the tar and other chemicals present in the cigarette smoke. He advocated back then for a medium nicotine - low tar cigarette.

So we now that vaping has excluded tar from the equation but what about nicotine? Is nicotine bad for you?

Nicotine is a well known addictive substance, it is a stimulant and is not a carcinogen. Nicotine is not the cause of sickness when smoking this is doe to the combustion of tobacco and all the new chemicals that are produced. One of the main reasons people switch to vaping is the avoid combustion.

For this that are quitting cigarettes then using a juice with nicotine is advisable as they are more likely to be successful in their quit attempt. Some vape use no nicotine and this generally comes after some time reducing you nicotine intake until eventually using nicotine free juice.

In Australia it is illegal to sell nicotine vape juice within its borders. If you want nicotine juice you need to import from oversees. At ECigOz we are committed to ensuring Australians have access to nicotine e-juice and have a dedicated delivery service for Australians ensuring their juice gets to them as soon as possible.

An Update On Smoking Addiction 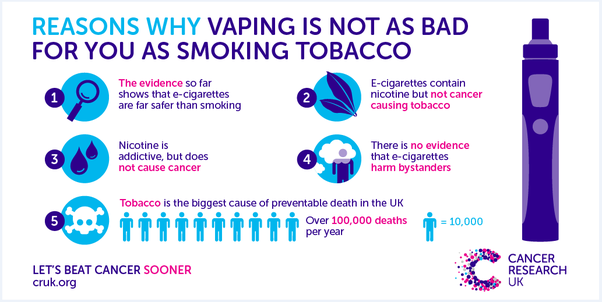 There has been interesting research lately looking at the addictiveness of tobacco smoking and researchers have found there are unknown chemical in tobacco that may be contributing to addictiveness and not related to nicotine.

Researchers used a neuroimaging systems to show that as someone smoke a cigarette there was a decrease in monamine oxidase, MAO. The body uses MOAs to breakdown dopamine. If these MOAs are decreased during cigarette smoking then dopamine is not broken down and this contributes to the addition of cigarettes.

Scientists don’t yet fully understand this process. You might think by now that we would have all the answers on this but think of this - only a few years ago it was thought that there were 4000 chemicals in cigarettes, few years later it was 8000. With advances in technology they have now identified close to 20,000 chemicals.

Is Vaping Bad For You? Conclusions.

So to conclude and we hope you can draw your own conclusions based in the info available to us today. We learned that vaping does not require combustion and that this is the reason cigarettes cause disease. We discussed how nicotine is not harmful but is addictive and a stimulant.