Lies Of Omission? A Closer Look at the Lung Disease Outbreak

Instead of simply acknowledging that a large number of cases in the recent outbreak of severe, acute respiratory failure are due to black market THC vape carts, the Centers for Disease Control and Prevention (CDC) is undermining that key information and continuing to do everything it can to pin the outbreak on the use of traditional, nicotine-containing electronic cigarettes. Today, I provide three examples to show how the CDC's fraudulent conduct is causing state officials to issue inappropriate warnings that are almost certainly worsening the situation and leading to more cases of disease.

1. Montana: Today, health officials in Montana issued a warning to state residents concerning the disease outbreak. This warning was reported by the state's Public News Service. Instead of informing the public that oil-laden THC vape carts are associated with most of the cases and should absolutely be avoided, the state health department's medical director told the public that we have no idea what is causing the outbreak and that everyone should simply stop vaping. According to the article, the state medical director stated: "We have something that has serious consequences and we don't know what's exactly going on. Protect yourself and stay away from these products at this time, until we have a better understanding. And hopefully, this would be a good time to stop using the products completely."

This is not only blatantly inaccurate information but it is highly irresponsible. However, I don't completely blame the Montana health department because they are simply relaying information that originates from the top: from the CDC.

Inexplicably and inexcusably, the warning does not even mention the words marijuana or THC. Hiding the fact that oil-laden THC vape carts are right now extremely dangerous to use is going to result in the continued use of these products by young people and result in further cases of the disease that could be prevented by simply telling the public the truth. Again, this stems from the CDC's obfuscation of the observed link between marijuana vaping and most of the cases. By hiding the truth, the CDC is essentially lying to the public. It is a lie of omission. And it is endangering the health of our nation's young people.

2. Ohio: Mirroring a line that it obtained directly from the CDC, a Cincinnati public radio story informed the public that: "no specific e-cigarette device or substance has been linked to the illnesses. While some patients used marijuana-based products, others used marijuana and nicotine products, and a smaller group reported using nicotine products only." This statement deliberately obscures the role of marijuana-based products with high oil content in inducing the majority of the observed cases, many of which have been confirmed to have been caused by lipoid pneumonia due to oil inhalation. Again, the media are simply mimicking what they are hearing from CDC, so I'm not blaming them. It is the CDC that is to blame for this inaccurate and irresponsible information. 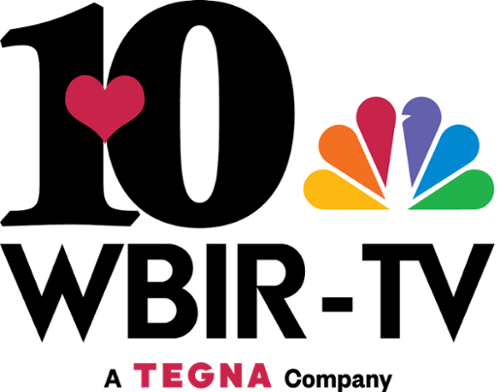 3. Tennessee: A story run by the NBC News Knoxville affiliate reports that six cases of the disease have been reported in the state. The story reports only that these cases are associated with the use of e-cigarettes. Nothing more specific than that. However, if you dig in more closely, you'll find that (in small print in a different article) a Knox County teenager who was hospitalized for a "vape-related" illness actually reported that what he was using was an illicit THC vape cart. As the teen explained: "You buy these from people off the streets. Anywhere. You can find these anywhere. People make these. They put, what I've heard, butane, lighter fluid, other chemicals and stuff inside of these."

It is a shame that this teen appears to know more about the outbreak than the Centers for Disease Control and Prevention and that the warning he is giving is far more accurate and effective than the CDC's.

I'm sure we could go down the list of all 50 states and demonstrate that they are all putting out inaccurate and irresponsible warnings. But this all stems from the top - from the CDC. That is why it is absolutely inexcusable that the agency continues to try to blame the outbreak on traditional, legal e-cigarettes, even in the face of overwhelming and compelling evidence that the primary (if only) culprit is illegal, black market marijuana vaping products being made by an illicit drug cartel that is making millions of dollars spreading this poison to our nation's youth through an elaborate distribution of network of drug dealers.
Credit: http://tobaccoanalysis.blogspot.com/2019/09/cdcs-obfuscation-of-link-between.html#disqus_thread